The musical focuses on a naive and idealistic young man who, despite his pacifist views, leaves his sweetheart Minny Belle Tompkins to fight in Europe in World War I. He manages to bring the skirmish to a temporary halt by incapacitating a meeting of the generals with laughing gas, but once they recover he finds himself committed to an asylum for ten years. He returns home to discover Minny Belle has married a capitalist, and he settles down as a toymaker who will create anything except tin soldiers, his personal gesture of peace in an increasingly warlike society.

Based on Jaroslav Hašek's satiric novel The Good Soldier Švejk

Since World War I's U.S. casualty rolls listed the name Johnny Johnson more frequently than any other, it seemed the logical title for the pacifistic 1936 Paul Green text Kurt Weill set in his first American musical.

Weill had fled Nazi Germany at the height of his fame —but almost exclusively for one work: his and Bertolt Brecht's "Threepenny Opera" had conquered all Europe.Weill went to New York to compose the score for "The Eternal Road," a vast pageant depicting the history of the Jews, but when that project lagged, he got an invitation from an improbable source: the Group Theatre, an intense cell of left-wing disciples ofStanislavsky, fiercely dedicated to socially significant drama in the Moscow Art Theater tradition.

As a model for their project, Green and Weill settled upon Jaroslav Hasek's great satiric novel "The Good Soldier Schweik," but their baby's delivery by the Group entailed major labor pains.

A 1956 production was presented Off-Broadway at the Little Carnegie Playhouse at Carnegie Hall. It was directed by Stella Adler and starred among others James Broderick as Johnny Johnson and Gene Saks as the Mad Psychiatrist. It ran from October 21, 1956 through October 28. Samuel Matlowsky was the Musical Director and also conducted the 1956 record album which had none of the cast from the Stella Adler production.

After ten previews, a revival directed by José Quintero and choreographed by Bertram Ross opened on April 11, 1971 at the Edison Theatre, where it closed after one performance. The cast included Ralph Williams as Johnny and Alice Cannon as Minny Belle. 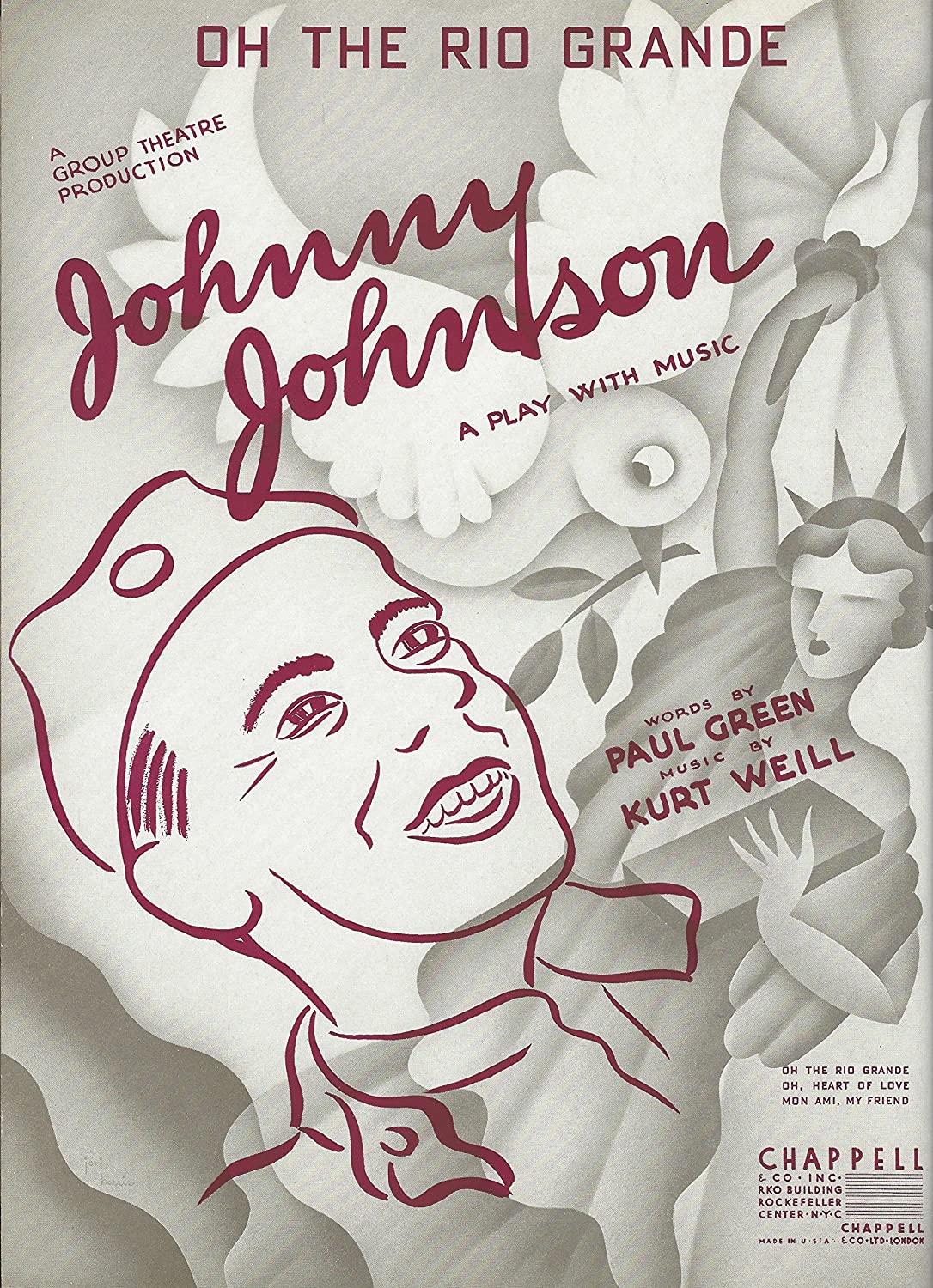 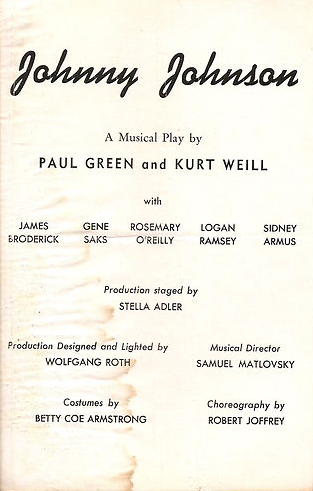