I Love You, You're Perfect, Now Change is presented in the form of a series of vignettes connected by the central theme of love and relationships. The play's tagline is "Everything you have ever secretly thought about dating, romance, marriage, lovers, husbands, wives and in-laws, but were afraid to admit." With few exceptions, the scenes stand independent of the others, but progress in a fashion designed to suggest an overall arc to relationships throughout the course of one's life. A first date, for example, comes before scenes dealing with marriage, and scenes dealing with marriage come before those dealing with child rearing.

First produced in the UK at the Churchill Theatre, Bromley, followed by a short season in the West End Comedy Theatre in 1999, it was revived in London at the Jermyn Street Theatre in 2005, presented by Popular Productions Ltd. and by Maple Giant at the Bridewell Theatre in 2011. A Mandarin Chinese version debuted in Beijing, China, on June 20, 2007, and it had been also reproduced by LANCreators, Taiwan's only group producing Broadway musicals, and performed, in English, at the Crown Theatre, Taipei, from November 3, 2007. 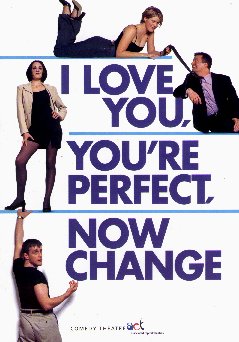 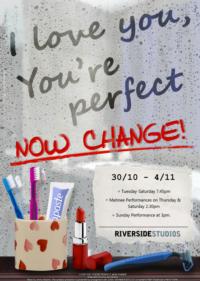