As though seers through the lens of a combination time machine and bawdy, old-time kinescope the joys of sex are here for the asking in this adult musical fantasy suggested by Arthur Schnitzler's La Ronde.

Ten nameless characters pair up in ten different scenes of sexual pleasure and/or despair. One character from each scene moves on to the next, seemingly dumping his old partner in favour of new prey.

The play, begins in 1900 with a Prostitute soliciting an unwilling Soldier: The next scene takes place in the 1940s, and the Soldier, afraid of dying in the war, tussles with a sympathetic Nurse. Next, the Nurse becomes a 1960s dominatrix over her patient, an upper-crust College Boy with wild leanings. In the 1930s, the College Boy reappears as the impotent partner of an adulterous Young Wife who can only have relations with him in seedy, out-of-the-way places. Meeting the woman's Husband in the next scene, we see why she's been driven to such moral turpitude. In her loneliness, the Wife dances a haunting pas-de-deux with the mirror image of her repressed, sensual self: Experiencing the Wife's scene from a totally different perspective, we then meet the Husband as a closet homosexual.

It is based on the 1897 play La Ronde by Arthur Schnitzler (also titled Reigen).

The musical premiered Off-Broadway at the Mitzi E. Newhouse Theater (at Lincoln Center) on December 30, 1993 in previews and closed on March 27, 1994, after 101 performances. Directed and musically staged by Graciela Daniele the show was much in the vein of Stephen Sondheim's Sunday in the Park with George in that the staging was like a classic painting coming to life. It received eight Drama Desk Award nominations including Best Musical, three for LaChiusa (Outstanding Book of a Musical, Music and Lyrics categories), two for Daniele (Choreographer and Director categories) and nominations for actors Judy Blazer, John Cameron Mitchell and Donna Murphy. The original cast album was released in 1994 by RCA Victor.

The musical received its professional European premiere in 2001 at London's Bridewell Theatre, as part of a series of musicals introducing the works of the next generation of major American musical theatre writers. It was directed by the theatre's co-Artistic Director Clive Paget with musical direction by Christopher Frost with a cast that featured Jenna Russell, Matt Rawle, Charles Shirvell and Nigel Richards. There were minor changes made to the score in this production as well as a substantial rewrite to "Scene 8" (The Writer and the Actress) overseen by the composer.

In 2007, the musical received a controversial showing by The Satori Group at The Hustler Sound Stage, a building in Cincinnati that was once the headquarters for Hustler magazine, when publisher Larry Flynt was a local celebrity during the 1970s.

Also in 2007, "Hello Again" premiered in Germany, at the Akademietheater im Prinzregententheater Munich. The production was directed by Silvia Armbruster with musical direction by Philip Tillotson, and the text was translated by Roman Hinze.

In May 2008, it was given its Scandinavian premiere in Gothenburg and Borås in Sweden in a production directed by Vernon Mound with musical direction by Derek Barnes. The production used the revisions made for the London version and the text was translated by Fredrik Fischer and Linnea Sjunnesson together with members of the cast.

The Transport Group presented the first New York City revival, opening on March 19, 2011 through April 3. This production features new orchestrations by Mary-Mitchell Campbell and was staged non-traditionally in a raw space in SoHo by Jack Cummings III. 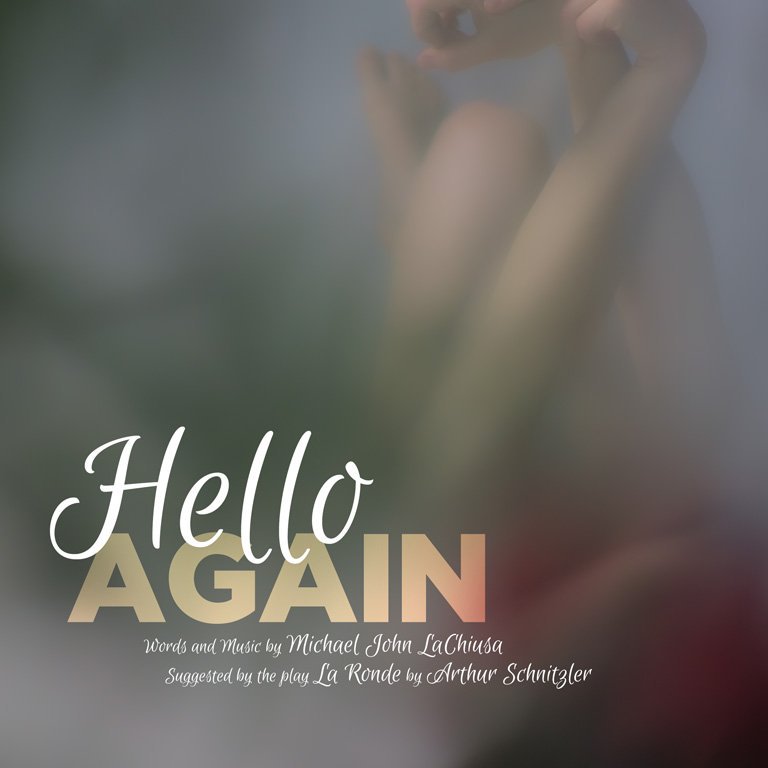