Inspired by a 1981 performance of Alban Berg's opera Lulu at the Metropolitan Opera House,[2] Lawrence D. Cohen, who wrote the script for the 1976 film version of Carrie, and Michael Gore began work on a musical based on the Stephen King novel. Gore's Fame collaborator, Dean Pitchford, was brought in to work on the project, which underwent numerous rewrites. In August 1984, a workshop of the first act was staged at 890 Broadway (New York City) with Annie Golden as Carrie, Maureen McGovern as Mrs. White, Laurie Beechman as Mrs. Gardener, and Liz Callaway as Chris. It was soon announced that Carrie would be produced on Broadway in 1986. Funding was not raised until late 1987.

Stratford Try-out)
The show was produced by Friedrich Kurz and the Royal Shakespeare Company and had its first four-week run beginning on February 13, 1988 in Stratford-upon-Avon, England, where it received mixed reviews. Directed by Terry Hands and choreographed by Debbie Allen, the cast included Broadway veteran and cabaret singer Barbara Cook, Charlotte d'Amboise, Gene Anthony Ray, Darlene Love, and Linzi Hateley, in her stage debut, as Carrie.
The production was plagued with script and technical problems. For starters, the crew were unable to douse Hateley with fake blood without causing her microphone to malfunction. Rewrites continued following each show, and the program cited a song ("Once I Loved a Boy which was rewritten and renamed ("When There's No One") prior to the first performance. Cook was nearly decapitated by an elaborate set piece on opening night, so she promptly resigned but agreed to stay on until a replacement could be cast, which was for the remainder of the Stratford run of the show. A musical section of the Shower Room Scene (which has come to be known as Her Mother Should Have Told Her) was removed after the initial few performances, and another song, "White Star", was later excised.

1988 Broadway Production
The show transferred to Broadway at an expense of $8 million (at the time an exorbitant amount). Hateley (who ultimately won a Theatre World Award) and other members of the UK cast remained with the show, but Cook was replaced by Betty Buckley (who had played the teacher Miss Collins in the 1976 film version).
The show started previews on April 28, 1988 at the Virginia Theatre. After the final song, boos were heard mixed in with applause. Ken Mandelbaum is quoted by Wollman, MacDermot, and Trask: "Ken Mandelbaum writes of an audience divided during early previews, the curtain calls of which were greeted with a raucous mix of cheers and boos. However, in an instant, when Linzi Hateley and Betty Buckley rose to take their bows, the entire theatre turned to a standing ovation. According to the New York Times, "The show had received standing ovations at some previews, as well as on opening night…" The show officially opened on May 12, 1988. Hampered by scathing reviews, and despite the fact that the theatre was sold out every night, the financial backers pulled their money out of the show, and it closed on May 15, 1988 after only 16 previews and 5 performances, guaranteeing its place in theatre history as one of the most expensive disasters of all time. According to The New York Times, the "more-than-$7 million show…was the most expensive quick flop in Broadway history."

Subsequent productions
In 1999, the Stagedoor Manor theater camp in upstate New York staged their own version of Carrie. With amateur performing rights never having been released for the show, this was an illegal, unlicensed production. Much to the surprise of all involved, Michael Gore and Larry Cohen were in the audience at one of the performances. An additional two unauthorized performances were later staged at Emerson College. When the play was staged at a high school in Denmark in 2001, the only soundtrack that was recorded specifically for disc was made, though the songs are in Danish. In 2008 Lochaber High School in Fort William, Scotland performed an unauthorized adaptation of Carrie. The school changed the script slightly in order to make the show "flow" better. They performed the Broadway version along with a full orchestra accompaniment. Prior to the opening night of Carrie, Lochaber High School invited all the British actors from the original Carrie musical to visit the school, watch the show and meet the cast. Linzi Hateley and several members of the original chorus came to watch the show.

The Broadway show was instantly legendary and soon inspired the title of Ken Mandelbaum's 1991 book Not Since Carrie: Forty Years of Broadway Musical Flops.
Although there is no official cast recording of the show, several bootleg audio tapes were surreptitiously made during live performances in both Stratford and New York, along with video footage shot from the audience, in addition to the professionally-made review tape sent to various journalists to promote the show. These recordings began to circulate soon after the show closed, and it was rumored in the early '90s that there were plans to record an official cast album, though it never happened. Buckley recorded the song "When There's No One" for her 1993 album Children Will Listen (the song also appeared on her 1999 album Betty Buckley's Broadway), and Hateley released the title song on her album Sooner Or Later. In 1999, "Unsuspecting Hearts" was recorded by Emily Skinner and Alice Ripley and released on their album of the same name.
Early in the 21st century, playwright Erik Jackson attempted to secure the rights to stage another production of the musical, but his request was denied. Jackson eventually earned the consent of Stephen King to mount a new, officially-sanctioned, non-musical production of Carrie, which debuted Off-Broadway in 2006 with female impersonator Sherry Vine in the lead role.
Rarely Done Musicals, a theatre that is dedicated to performing musicals that no one else will, have announced they plan to perform a concert version of Carrie: The Musical. Similarly, other unofficial spoofs have been staged over the years, most notably Scarrie! The Musical, Carrie White the Musical and Carrie's Facts of Life, which was a hybrid of Carrie and the American sitcom The Facts of Life. 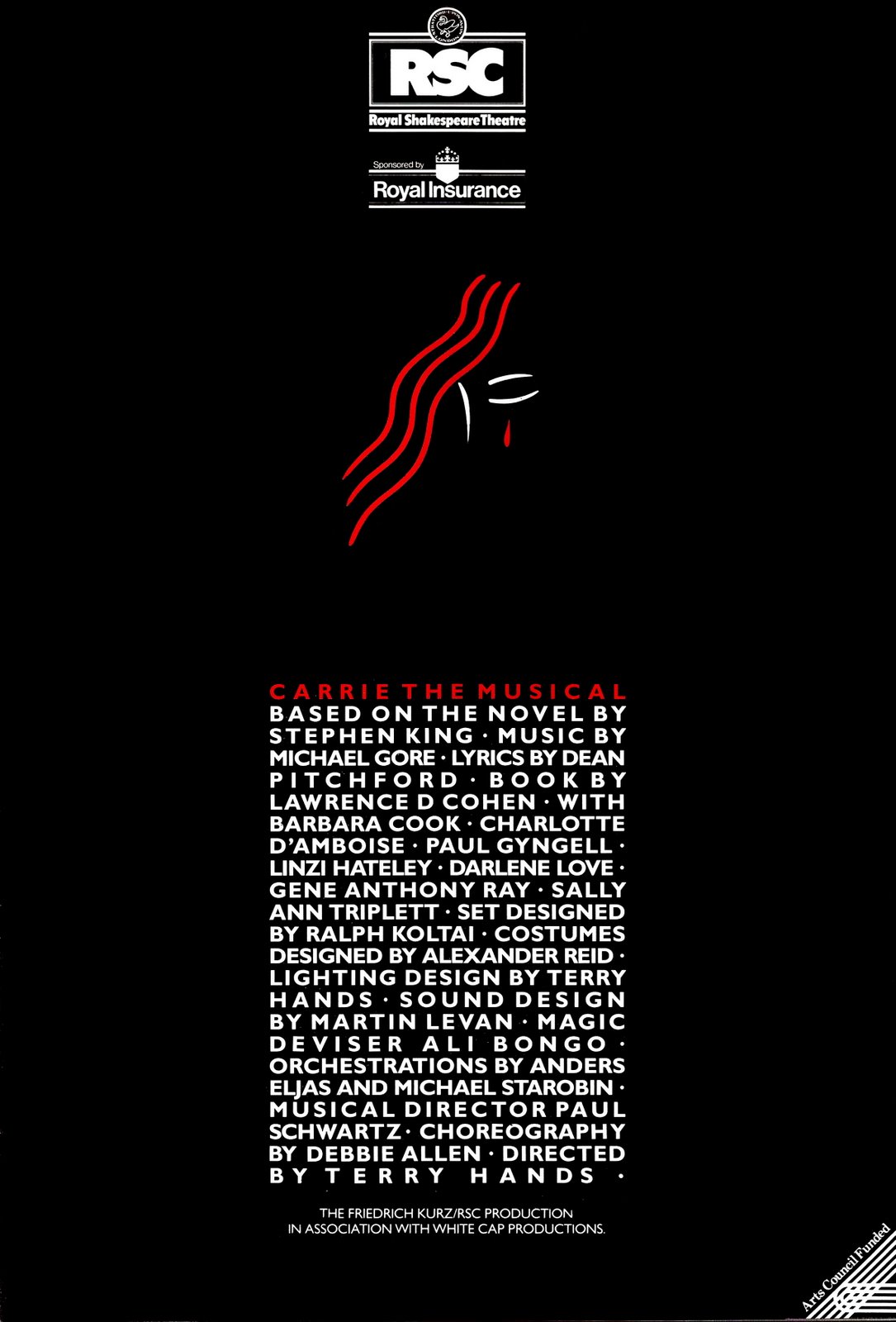 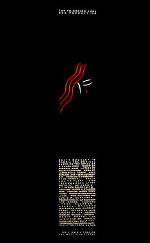 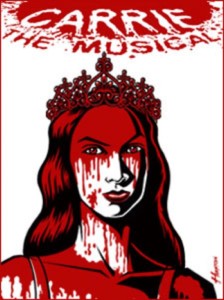