Le spectacle s'appellait "Holly Golightly" during pre-Broadway try-out. Merrick closed the show in previews "rather than subject the drama critics and the public to an excruciatingly boring evening" (his own words).

The musical had a book by illustrious playwright Edward Albee and a score composed by the equally notable Bob Merrill. The cast, directed by Joseph Anthony, included Mary Tyler Moore, Richard Chamberlain, Sally Kellerman, Larry Kert, and Priscilla Lopez. It was designed by Oliver Smith, choreographed by Michael Kidd with assistance from Tony Mordente, and produced by David Merrick.
Despite the impressive list of collaborators involved in the production, the project never gelled. It underwent constant and massive changes in its script and score during out-of-town tryouts. The original book by Abe Burrows was scrapped completely and Edward Albee, an unlikely choice, was hired to re-write. Burrows was also the director but left when Albee was brought in. On a daily basis, the cast was given new material hours before curtain time. Burrows' departure put a damper on the proceedings, resulting in low morale among cast members, and Moore was convinced Merrick planned to fire her soon after opening night.
It was not uncommon for the show to run nearly four hours.
Its original title, Holly Golightly, was changed when it started previews on December 12, 1966 on Broadway at the Majestic Theatre. Despite a healthy advance sale and much audience anticipation, it closed four nights later without having officially opened. According to Merrick, in an infamous ad he placed in The New York Times, he shut down the production "rather than subject the drama critics and the public to an excruciatingly boring evening."
The show's failure is legendary among theater historians and buffs. It has been said that if as many people who have claimed to have seen Breakfast at Tiffany's really had, it would have run forever.

The original title “Holly Golightly” was changed for the first preview on December 12, 1966 at the Majestic Theatre on Broadway. Despite a solid advance sale and much audience anticipation, the show closed after four previews. According to Merrick, the producer, in an infamous ad he placed in the New York Times, he shut down the production “rather than subject the drama critics and the public to an excruciatingly boring evening.” A live recording was made of the musical numbers, excerpts of which were released on a LP. 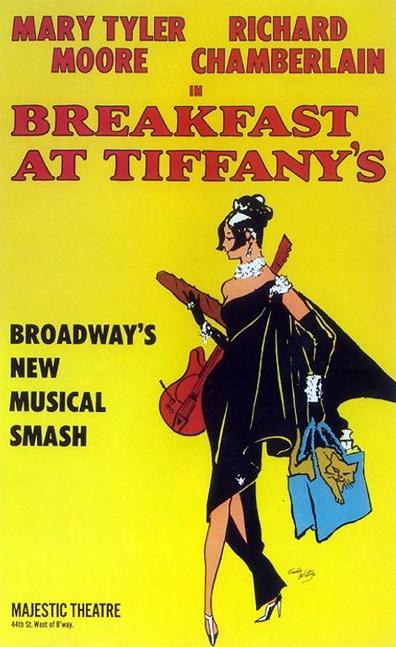 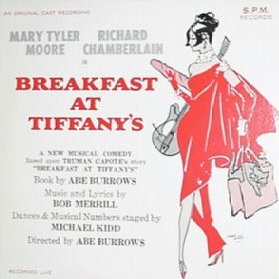 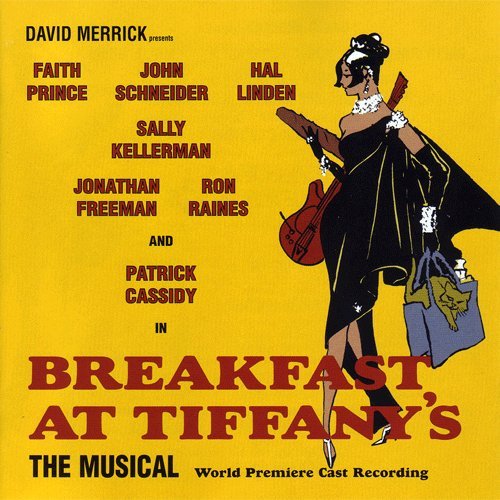