Allegiance is inspired by George Takei's true childhood experiences. Traversing the lush California heartland, the windswept prairies of Wyoming and the battlefields of war-torn Europe, Allegiance tells the epic multi-generational tale of deep family loyalty, romance, humor, optimism and unparalleled heroism in the face of fear and prejudice against Japanese-Americans during World War II and beyond.

In the fall of 2008, George Takei and his husband, Brad, were seated by complete coincidence next to Jay Kuo and Lorenzo Thione at an Off-Broadway show, where a brief conversation revealed a mutual love of theater. The very next day, the four were once again seated together at a Broadway show, In the Heights. At intermission, Kuo and Thione approached Takei, curious as to why he had been so emotionally affected by the father's song ("Useless") in which he laments his inability to help his family. Over the course of that intermission, Takei recounted his personal experience as a child in a Japanese internment camp, during World War II, and his own father's sense of helplessness at his inability to protect his family that was mirrored in the song. Kuo and Thione felt that Takei's family's experience would make a great show. Although previous major Broadway musicals have involved Asian and Asian-American topics or settings, including three of Rodgers and Hammerstein's shows, Pacific Overtures and Miss Saigon, Allegiance is "the first [Broadway] musical created by Asian Americans, directed by an Asian American ... with a predominantly Asian cast ... [and] an Asian-American viewpoint informing the work".

The story of the musical takes some liberties with history. According to Frank Abe, the creator of the documentary film Conscience and the Constitution, the musical "conflate[s] Heart Mountain with the worst of the segregation center at Tule Lake and invent[s] military rule at Heart Mountain." The processing of new arrivals is embellished for dramatic effect, as handcuffs and physical abuse by military police did not occur in the internment camps. Abe comments that the resistance by the Heart Mountain Fair Play Committee was a studied act of civil disobedience, not a gang of "fists-raised revolutionaries". He notes: "No firearms were used inside the [camps'] perimeter. The resistance was open and above-board, its meetings open to the public. No one had to run or hide; leaders of the Fair Play Committee were quietly taken into custody at their family barracks. ... The resisters knew they risked five years in prison for bucking the draft, but violating the Selective Service Act was never a capital crime, never treason. No resistance leader at Heart Mountain was beaten bloody or hunted by guards", draft cards were not burned, and no newspaper articles affected the internment; notably Frankie would not have been taken to the infirmary by military police, which causes the key conflict in the show.[5] Abe objects to the portrayal of the activities and treatment of the resisters, and to the "relentless optimism" of the score, concluding that the show distorts the historical lesson, diminishes the real impact of "the anger and suppressed rage" that the internees carried from the internment camps, and "risks supplanting the truth of the resistance and the Japanese American experience in the popular mind [and] cheapens the fabric of basic reality to achieve [commercial] ends." 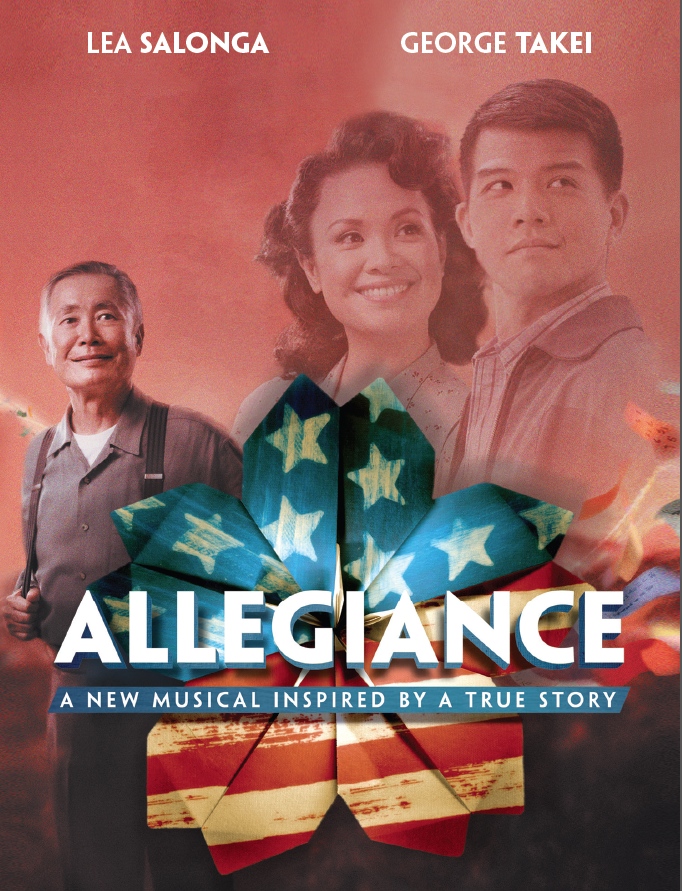