Don Lockwood is a silent movies star with everything he could want - fame, adulation and even a well-publicised ‘romance’ with his co-star Lina Lamont. But Hollywood is about to change forever. There is rumour in the studio of a new kind of film, where the actors actually talk… and sing... and dance.

Adapted from the 1952 movie of the same name, the plot closely adheres to the original.

Original London Production
The original West End production, directed by Tommy Steele and choreographed by Peter Gennaro, opened on June 30, 1983 at the London Palladium, where it ran until September 1985. The original cast included Steele as Don, Roy Castle as Cosmo, Danielle Carson as Kathy, and Sarah Payne as Lina and Julia. The original film's vocal score was embellished with additional tunes by Comden, Green, and Roger Edens, Dorothy Fields and Jimmy McHugh, George and Ira Gershwin, Johnny Mercer and Richard Whiting, and Cole Porter.

Original Broadway Production
The musical opened on Broadway at the George Gershwin Theatre on July 2, 1985 and closed on May 18, 1986 after 367 performances and 38 previews. Directed and choreographed by Twyla Tharp, the scenic design was by Santo Loquasto, costume design by Ann Roth, and lighting design by Jennifer Tipton. The cast included Don Correia as Don, Mary D'Arcy as Kathy, Peter Slutsker as Cosmo, and Faye Grant as Lina. The musical was dramatically revamped.

1994 UK Tour
The 1983 London Palladium production was remounted in 1994 for an extensive tour of the United Kingdom. The new production, again directed by Steele, starred Paul Nicholas as Don, Shona Lindsay as Kathy, Tony Howes as Cosmo with Sarah Payne reprising her role as Lina from the original cast. Supporting cast included Matt Zimmerman and Mark Donovan.

2000 London Revival
A new production of the musical was staged at the Olivier Theatre (Royal National Theatre), from June 2, 2000 to July 20, 2000 and again from December 18, 2000 to January 27, 2001. This production was a transfer from the West Yorkshire production, which ran from December 1999 to February 2000. The cast featured Zoe Hart as Kathy, Rebecca Thornhill as Lina, and Paul Robinson as Don. The direction was by Jude Kelly, and choreography was by Stephen Mear. Thornhill received an Olivier Award nomination for her performance.

2004 Sadler's Wells Revival
The musical played at Sadler's Wells Theatre from July 29, 2004 to September 4, 2004, with direction by Paul Kerryson and choreography by Stephen Mear.

2012 London Revival
The show was revived at the 2011 Chichester Festival Theatre, starring Adam Cooper, Daniel Crossley and Scarlett Strallen. It was choreographed by Andrew Wright who was nominated for an Olivier Award and won the WhatsOnStage award for his work. The show received positive reviews, and then transferred to London's West End, at the Palace Theatre, where Cooper, Crossley and Strallen all reprised their roles. From 18th February 2013 the role of Kathy Selden will be played by Louise Bowden. The production closes on June the 8th, 2013.

2013 UK Tour
A UK tour shall follow the show closing on the West End starting on November 9 at the Manchester Opera House. 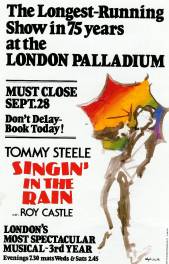 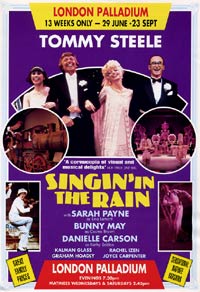 Type de série: Revival
Théâtre: Palladium Theatre (Londres - Angleterre) Durée : 4 mois 3 semaines Nombre : 164 représentationsPremière Preview : InconnuPremière : jeudi 29 juin 1989Dernière : samedi 18 novembre 1989Mise en scène : Tommy Steele • Chorégraphie : Avec : Tommy Steele (Don Lockwood), Bunny May {Cosmo Brown), Danielle Carson (Kathy Selden), Sarah Payne (Lina Lamont), Graham Hoad ley (Roscoe Dexter)Commentaires : This production had been on tour and had finished a long season at Manchester. It was due to play a 3 month season at the Palladium starring Tim Flavin, but Tim Flavin had an accident during rehearsals resulting in a fracture to his foot. Tommy Steele agreed to step in at the last moment. The original 13 weeks was extended due to the popularity of the show, but had to finish on November 18th because of other Palladium commitments.En savoir plus sur cette version 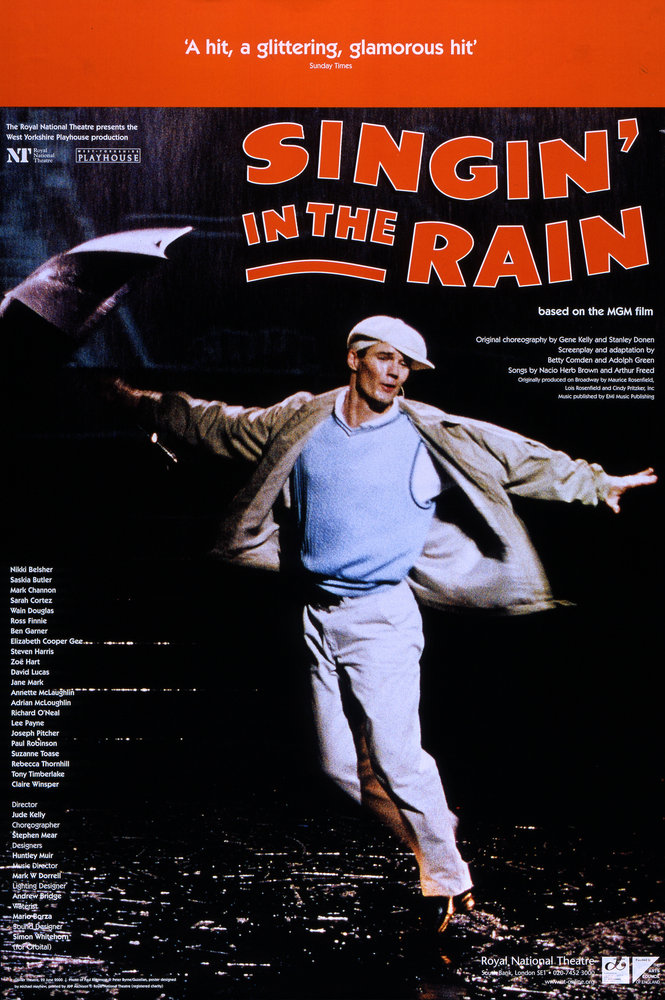 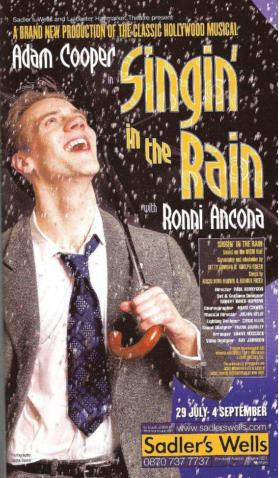 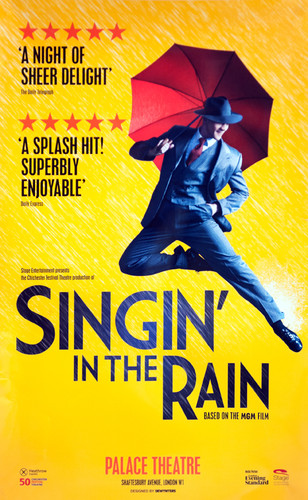 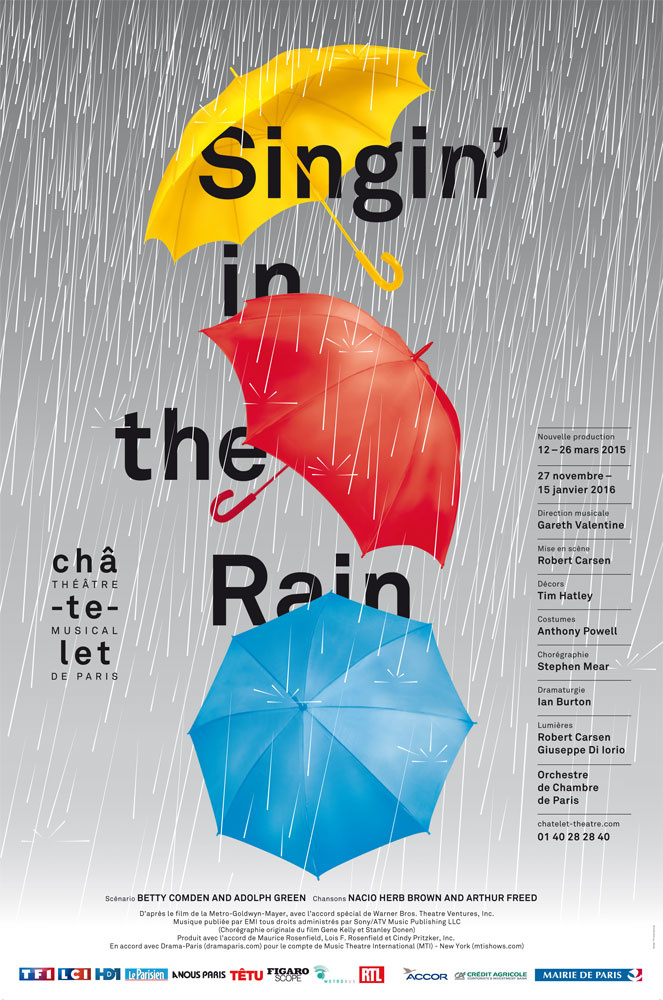