In 1984, Maltby began compiling a series of older songs and new song ideas to form an evening of musical short stories, which he labeled the "Urban File". In particular, he wanted to make use of one of his favorite songs, "The Bear, The Tiger, The Hamster, and The Mole", which had been cut from Maltby and Shire's 1983 musical Baby. Maltby assembled other cut songs from earlier musicals such as The River, Love Match and The Sap of Life to go with this particular song. The "Urban File" also contained lyric fragments, musical ideas, song fragments, rhythmic ideas, philosophical observations, and biograpical details of friends and acquaintances as potential material for songs. During this time, Maltby was occupied with Song and Dance, and Shire was busy composing film scores, so that the "Urban File" was not a primary project at the time.

In 1987, Lynne Meadow, artistic director of the Manhattan Theatre Club, approached Maltby and Shire to ask for a song for a topical revue on urban themes that director John Tillinger was creating. Maltby showed them his "Urban File", which Tillinger and Meadow found appealing. Tillinger had initially planned on only a small amount of music, but after seeing the file, altered his original concept, with the final product being six songs by Maltby and Shire and one song by Edward Kleban. The work was a critical success with both the public and critics. New songs for this production included "There's Nothing Like It", "Miss Byrd" and "One of the Good Guys". They also wrote "Three Friends" for the revue, but finally did not use it. The music was interspersed with dramatic sketches on urban themes by various playwrights, including Christopher Durang, A. R. Gurney, Terrence McNally, Arthur Miller, Shel Silverstein, Ted Tally, and Wendy Wasserstein. Titled Urban Blight, the revue premiered in May 1988 and ran for six weeks at the Manhattan Theatre Club. The cast included Larry Fishburne, John Rubinstein, Oliver Platt, Nancy Giles, Faith Prince, Rex Robbins and E. Katherine Kerr.

In the Fall of 1988, the playwright and director and pianist Steven Scott Smith, an assistant to Maltby, approached Maltby and Shire for permission to use the "Urban File", with some other unused songs of theirs, to assemble a cabaret evening consisting entirely of their music. Maltby and Shire approved this, and Smith began to assemble a review titled Next Time, Now! With director Patrick Scott Brady and choreographer Arthur Faria. One of the songs added into this show was "Life Story". The one hour cabaret show opened in January 1989 at Eighty-Eight's, a nightclub in Greenwich Village, with Brent Barrett, Michael Brian and Lynne Wintersteller as the show's performers. The work was a critical success with both the public and critics, and Maltby and Shire decided to expand this product into a full evening-length show.

Maltby and Shire received support to expand the show when producers Janet Brenner, Michael Gill, and Daryl Roth came on board. They wanted to turn the production into a two act evening, which required new songs and additional material from the "Urban File". The show also added one more actress, Sally Mayes, to the cast. New songs written for the expansion include the opening number, "Doors", "You Want To Be My Friend?", "Fandango", "If I Sing", "The March of Time", "Back On Base", and the finale, "Closer Than Ever". "Another Wedding Song", written by Shire and his wife Didi Conn for their wedding, was also added into the show at this time. The full-scale version of the show went through a trial run at the Williamstown Theatre Festival in Massachusetts during the summer of 1989. Marcia Milgrom Dodge was hired to choreograph the expanded show and Maltby became Smith's co-director. Well received by audiences, the show headed for New York City.

Closer Than Ever is a musical revue in two acts, with words by Richard Maltby, Jr. and music by David Shire. The revue contains no dialogue, and Maltby and Shire have described this show as a "bookless book musical". The show was originally conceived by Steven Scott Smith as a one act revue entitled "Next Time Now!", which was first given at the nightclub Eighty-Eights.

The success of "Next Time Now!" led to a much expanded production retitled Closer Than Ever that was co-directed by Maltby and Smith. This production began its life at the Williamstown Theatre Festival in Massachusetts during the Summer of 1989. It came to New York the following Fall, opening in previews on 17 October 1989, and officially opening on 6 November 1989 at the off-Broadway Cherry Lane Theatre, where it ran for 312 performances. The cast included Brent Barrett, Sally Mayes, Richard Muenz, and Lynne Wintersteller.

Next Time Now (original title) - A cabaret version of this musical revue was produced earlier using the title NEXT TIME NOW. 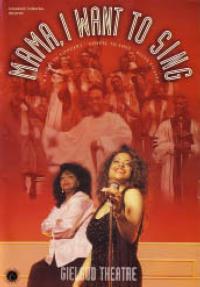 Closer than ever (1995-02-Bridewell Theatre-London)

Closer than ever (1998-07-Jermyn Street Theatre-London) 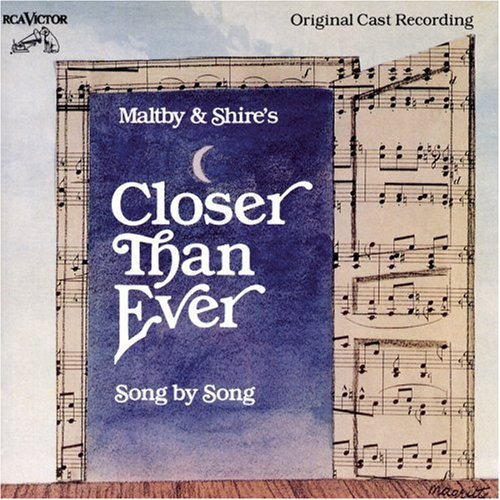 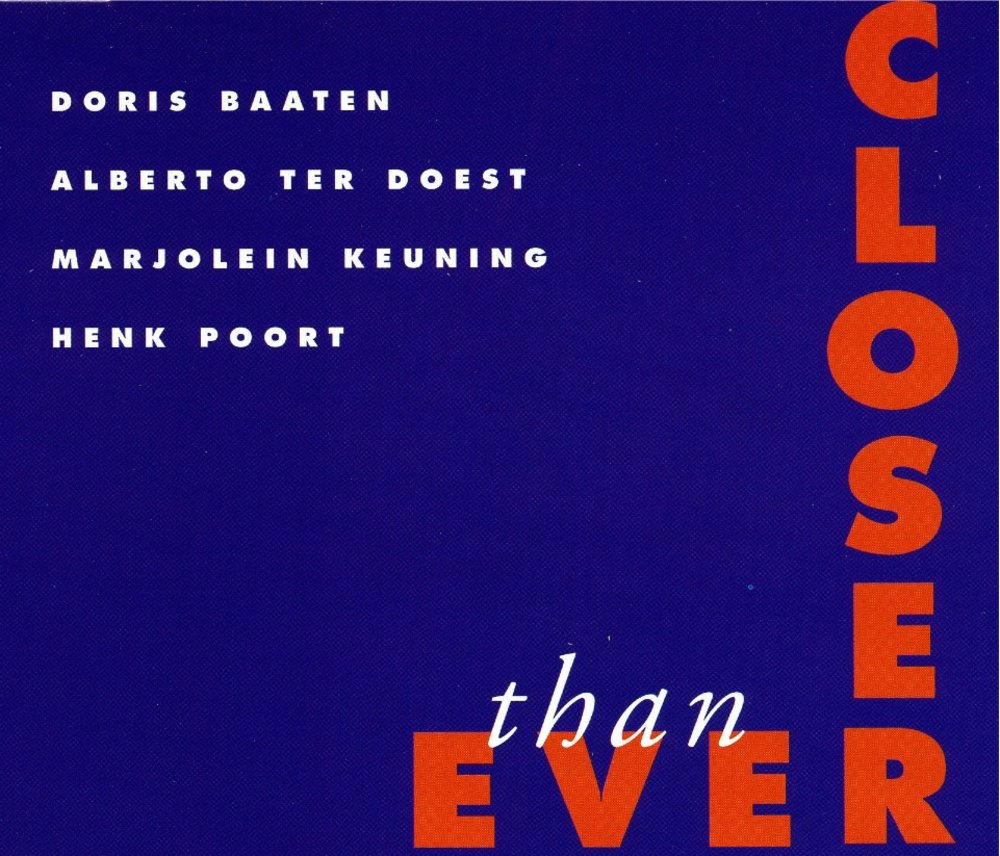